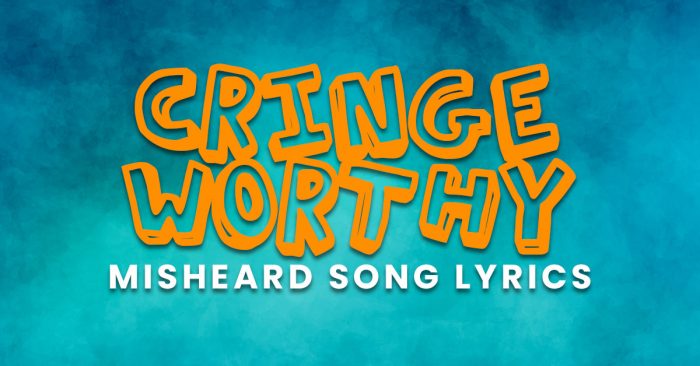 Singing the wrong lyrics to a song isn’t much of a problem if you are singing in the shower or while driving alone. On the other hand, shouting “Hold me closer Tony Danza” to Elton’s John’s “Tiny Dancer” can be embarrassing in a group. Like it or not, or admit it or not, we’ve all probably done it. Here are some of the more frequently misheard lyrics.

Even the Beatles and Monkees weren’t immune from misheard lyrics. While the Monkees sang “Then I saw her face, now I’m a believer.” some turned that into “Then I saw her face, now I’m gonna leave her.” On “A Hard Day’s Night” The Beatles sang “So why on earth should I moan?” but people heard everything from “So when I let you come home” to “So when I answered the phone.”

In the case of “Don’t Bring Me Down” by The Electric Light Orchestra (ELO), truth may be stranger than fiction. Most people will sing “Don’t bring me down, Bruce.” But the song’s writer says the lyrics are actually “Don’t bring me down, groose.” In this case, songwriter Lynne said groose was just a meaningless lyric placeholder that was kept in the song. Intentional misheard lyrics? That’s just not fair.

Do you know the best way to save on insurance? Compare. You heard right. Just contact one of our independent agents and get your free quote today! Auto, home, life or business, we can help.