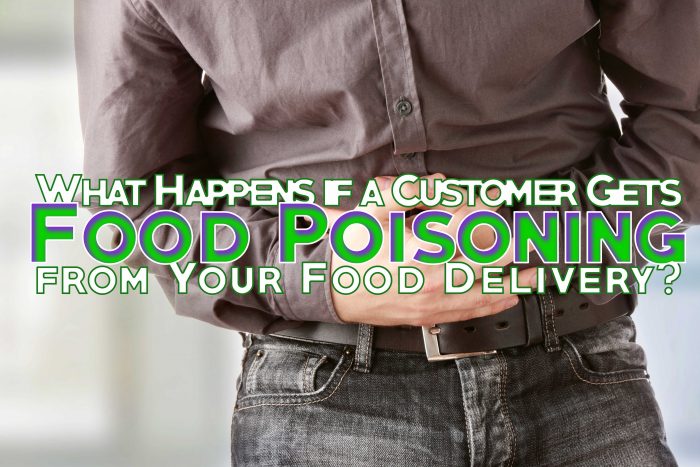 Sure, call strangers from the internet to your home to bring you food. That doesn’t go against any after school specials. Gig work may be a great way to pay the bills, but it can also come with some strange legal liabilities. How protected are you when you’re on your delivery job?

Did You Do Anything to the Food?

Something like 20% of food delivery people eat the food that they’re supposed to deliver. If you’re surprised, then you’re one of the good ones. But if you did something to the food and your customer got sick, then yeah, you could be liable.

Here’s an example: let’s say you let the food sit in your car for too long before delivering it. Some people report waiting hours for food with a delivery service. So if you’re Uber or Lyft driving while DoorDashing and the meal gets cold in your car, well, you could have contributed to the illness.

Was the Food Prepared Incorrectly?

That doesn’t mean you aren’t going to be named on a lawsuit, though. Generally, lawsuits name all involved parties and just sort things out later. So you could still find yourself spending some money on legal costs, court fees, missed work, etc: it’s still something you might need to take care of.

What Can You Do to Protect Yourself?

You need to talk to an independent insurance agent about your liability insurance. The truth is, when you do gig work, there’s a huge gray area between what you’re responsible for and what the company is responsible for. Largely, the company will help you out… but only when you’re actively on the job. If you, say, took a break and something happened to the food during that break, you could still be liable.

Insurance is what protects you from unexpected events. Such as your GrubHub customer getting sick on a plate of loaded nachos. So talk to an independent insurance agent today about whether your gig work is covered.